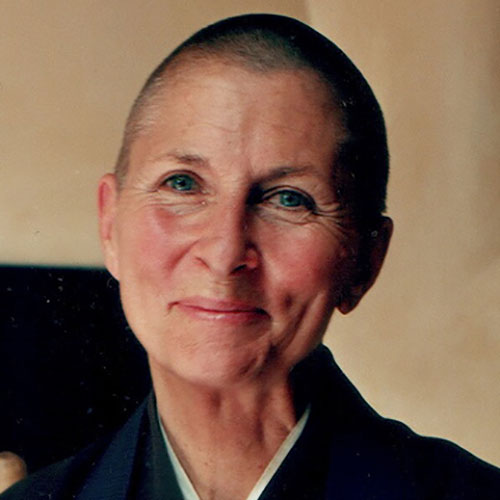 Joan Halifax is an American Zen Buddhist Roshi, anthropologist, ecologist, civil rights activist, hospice caregiver, and the author of several books on Buddhism, and spirituality. She currently serves as Abbot and guiding teacher of Upaya Zen Center in Santa Fe, New Mexico, which she founded in 1990. Roshi Joan, as she is called, has received Dharma transmission from both Bernard Glassman and Thich Nhat Hanh, and previously studied under the Korean master Seung Sahn. She has collaborated with Joeseph Campbell and Alan Lomax. She is founder of the Ojai Foundation in California, which she led from 1979 to 1989. As a socially engaged Buddhist, Halifax has done extensive work with the dying through her Project on Being with Dying, which she founded. She is on the board of directors of the Mind and Life Institute, a non-profit organization dedicated in exploring the relationship of science and Buddhism.