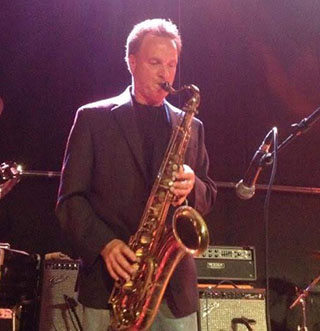 Paul Stone is a saxophonist born in 1951 in Chattanooga Tn. Starting out in Junior High Band at East Ridge, he studied with Ed Leamon, Bennie Wallace, and Jack Lindsey. Growing up in a home-loving Jazz and R & B, he was soon hired by local legend Jimmy Tawater and The Marvells. The Marvells performed at The Disc Jockeys Lounge and American Legion on Big Nine and performed many times at Peyton Place/The Eldorado Club on the West Side just off Big 9. There they backed up Rufus Thomas for a three-day show and also backed up Jackie Wilson, Major Lance, Eddie Floyd, and many others at different times.

Paul then joined The Inclines performing with Joe Burke, Lamar Trollinger, Lucky Scott, Marvin DeWitt and Tyrone McCollum among others. This band played all over including The Liberty Theater on Big 9. After The Inclines, Paul joined The Viva-Tones performing many times on Big 9 at The Disc Jockeys Lounge and American Legion. Following these bands, Paul joined two different incarnations of Pop Stubbs’ bands including the Sunday Nite band at The Johari and Pop Stubbs and Nightworks at The Stardust on Big 9.