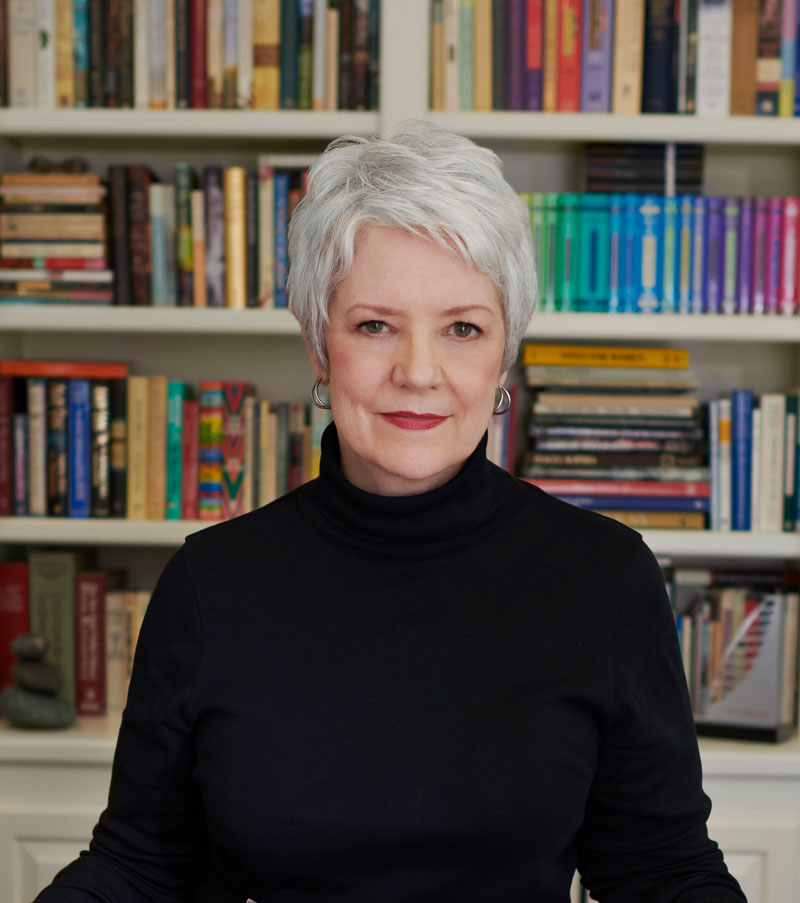 Sue Monk Kidd: Longings, Largeness, and Thunder in The Book of Longings

At Sophia Institute we are pivoting because of the pandemic and learning to bring you programs that you know and love virtually in the comfort of your home.  We are pleased to announce that this program will be a VIRTUAL RETREAT via Zoom. This event is tuition FREE, though donations are accepted. Click here to register now.

Registration for this event will close Wednesday, October 7 at 12 noon ET.

Have you ever taken a personal retreat at home? If not, then doing so will be something worthwhile for you and a new, potentially lifelong, practice that will be beneficial ongoing.

“Longings, Largeness, and Thunder in The Book of Longings”

Join author, Sue Monk Kidd, as she discusses her new novel and instant New York Times bestseller, The Book of Longings. The conversation will be moderated by Sophia Institute founder and Director, Carolyn Rivers. 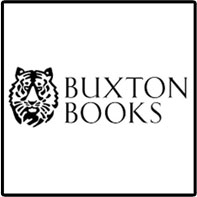 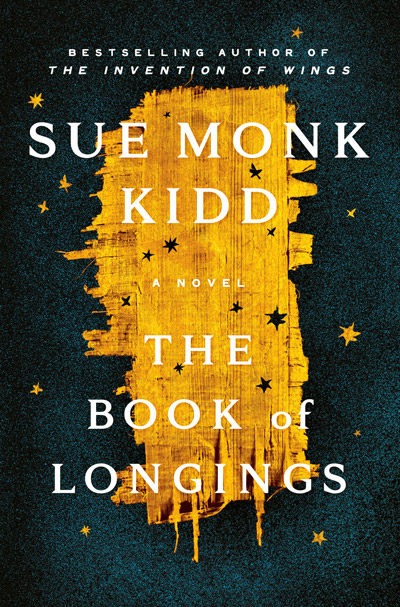 Praise for THE BOOK OF LONGINGS

“Kidd is courageous in imagining the life of Jesus as a married man….her painstaking research and artful crafting of setting and character ensures that THE BOOK OF LONGINGS is not just an extraordinary novel, but one with lasting power….Kidd’s brilliance shines through on so many levels, but not the least in her masterful, reverential approach to capturing Jesus of Nazareth as a fully human young man…The result is an epic masterpiece that is a triumph of insight and storytelling.”—Associated Press

“A spirited, ambitious girl hemmed in by tradition… Kidd ,,, gives it a provocative twist. … Well-researched and boldly plotted, this masterful novel brings a lovely character to life.”—People Magazine

“The beloved The Secret Life of Bees author spins new gold from one of the greatest stories ever told… Provocative, passionate and extremely moving, this is both a love story for the ages and a portrait of a woman way ahead of her biblical times.” —AARP

“A master of literary women’s fiction, Kidd always strikes a chord with her strong, feisty female protagonists…Writing a fictional account about Jesus having a wife takes a lot of guts, and Kidd is uniquely qualified for the job….written with reverence and strives for historical accuracy….an engaging story about a young woman defying the odds to make her voice heard, a story that remains relevant today.”—Atlanta Journal-Constitution

“I kept having to close this novel and breathe deeply, again and again. A radical re­imagining of the New Testament that reflects on women’s longing and silencing and awakening, it is a true masterpiece.”

“The writing in it is intellectually complex, but it’s not difficult. It’s a fabulous summer read…. This is the right amount of sophistication, but it also touches your emotions. It’s a truly great saga.”

“Sue Monk Kidd provides the ultimate gift that any writer has to offer their reader: the ability to climb inside the hearts and minds of her characters, feel their pain and celebrate their love. What an experience.”— Amazon Book Review, Jessica Simpson

“THE BOOK OF LONGINGS demonstrates a welcomed maturity and mastery of historical fiction, even as [Kidd] takes on a retelling of the greatest story ever told….Kidd has done her homework… provides rich context of the rituals of daily life …she gives nuance and depth to the political realities that made Jesus’ teachings so provocative, and to the patriarchal systems that make characters like Ana’s fabulously fearless aunt Yaltha, her guiding star, so heroic….The alternate history she attempts in THE BOOK OF LONGINGS is even more daring. It takes some well-invented wings and then some to retell the Jesus story through a feminist lens. But Kidd succeeds. By focusing on the historical Jesus without delving into the Easter version of the risen Christ, she makes room for Ana to rise and to soar. Let it be said that Kidd, like her main character, is indeed ‘a voice.’” —Charleston Post & Courier

“Read and ponder. Read and enjoy. Read and reject, if you must. But THE BOOK OF LONGING makes you think, and isn’t that often a leap of faith?”—Minneapolis Star-Tribune

“Based on meticulous historical research, this is a humanizing look at Jesus the man, as well as an inspiring story of a strong woman living in a society bent on her silence.”

“…mesmerizing…inspiring, unforgettable account of one woman’s bold struggle to realize the passion and potential inside her…a triumph of storytelling both timely and timeless, from a masterful writer at the height of her powers.”—BookRiot

“If there’s such a thing as biblical fan fiction, this is it at its best.”—Read it Forward

“Imaginative . . . charts a young woman’s struggle to confront the ways in which society dictates what she can and cannot do.” —Time

“…beautifully wrought and epically twisty narrative of the wife of Jesus….THE BOOK OF LONGINGS promises to be a meticulously researched and epic read.”—The MarySue.com

“THE BOOK OF LONGINGS…[is] an exploration of a triumphant, fierce spirit and the stories she aches to tell. There’s an exuberance to Ana that vibrates off every page, and that is a testament to Kidd’s gifts.”

“There are few debuts as beloved as The Secret Life of Bees, and if she’d wanted, Sue Monk Kidd could’ve pulled a Harper Lee and just produced that one spectacular work. Fortunately, though, Kidd has continued to deliver great stories. She’s now on her fourth novel, this one set during the first century, when a young woman named Ana encounters 18-year-old Jesus.” —Book Page, Most Anticipated

“[An] engrossing, briskly paced story in an appealing voice… the message about the importance of kindness and the power of women’s voices should resonate strongly with today’s readers.”—Booklist

“[A]richly imagined first-person narrative…Ana’s ambition and strong sense of justice make her a sympathetic character for modern readers . . . In addition to providing a woman-centered version of New Testament events, Kidd’s novel is also a vibrant portrait of a woman striving to preserve and celebrate women’s stories—her own and countless others.” —Publishers Weekly, starred review

“If you have been waiting for a book like The Red Tent for the past 20 years, this is it. Give to fans of Anita Diamant and Marilynne Robinson.” —Shelf Awareness

“THE BOOK OF LONGINGS is well named, well inspired, and well imagined—a superlative effort from a writer at the top of her game…. practically perfect historic novel…”

“Don’t shy away from this historical fiction page-turner thinking that it falls into the inspirational genre. The intensity, bravery, and strength of character of Ana, wife of Jesus of Nazareth, as imagined by Kidd will inspire readers but in a different way: to live authentically and remain true to oneself.”—Library Journal, starred review

“[A] daring leap into historical fiction…Deeply researched and reverent, THE BOOK OF LONGINGS explores the importance of women making their voices heard in a time when the powers that be strive to keep them silent.” —Atlanta Journal Constitution

“Kidd…wants to tell a story people will read, and she uses the conventions of mainstream contemporary fiction — plot twists, coincidences, narrow escapes — to keep the reader turning the pages….she makes you see, hear and smell the world Jesus and Ana lived in — the baking sands, the smell of herbs, the sounds and sights of a humble village. Her secondary characters enliven the story…”—Newsday

“A most interesting story by Sue Monk Kidd which demonstrates her storytelling capability. She has taken a possibility and crafted an inventive tale of Ana, the young woman who becomes the wife of Jesus. The description of life in that period and the characters come alive. I found it fascinating and thoroughly enjoyed the story!”—Stephanie Crowe, Page and Palette

“This is a fascinating story that will have people talking about it for months! Destined to be a best seller, you will fall in love with Ana, who feels very real. While it may be hard to wrap your head around Jesus being a husband, the research that went into this novel and character development will astound you. I cannot stop thinking about Ana. Reading this after Easter 2020 will be a profound experience.”

“I just finished this incredible book! At first I wasn’t sure if this would be for me, not being a religious person in the Christian sense, but knowing Sue Monk Kidd’s writing I gave it a chance and I’m glad I did. Through what I’m sure was exhaustive research she gives us a view to life for Jewish women at the time of Christ. Ana is only 14 when we first meet her but she is a force to be reckoned with throughout the book. Kidd’s approach to Jesus is on his human side and she weaves the story of the time, the story of him and Ana in a way that leaves you breathless turning the page. There was a point near the end where I had to put the book down and walk away for a bit.” —Mary Hembree, House of Books

“An epic masterpiece that is a triumph of insight and storytelling.”—Associated Press

“Sue Monk Kidd believes writing is an act of courage. In The Book of Longings, she rises to the occasion.”  New York Times

“Despite its setting in ancient Judea, this imaginative novel feels downright contemporary, characterized as it is by one strong-willed woman’s awakening to the indomitable power of her own spirit.”  —Esquire

“It takes some well-invented wings and then some to retell the Jesus story through a feminist lens. But Kidd succeeds. By focusing on the historical Jesus without delving into the Easter version of the risen Christ, she makes room for Ana to rise and to soar. Let it be said that Kidd, like her main character, is indeed “a voice.” —Post & Courier – Charleston, SC