Join Anne for a conversation about her national best-selling novel THE HALO EFFECT, which explores fear, hope, loss, the complicated and often rocky road to forgiveness, and the things that can ultimately save us.   We will view the 57 minute film DIVINING THE HUMAN: The Cathedral Tapestries of John Nava, which inspired the novel.  The film is a beautiful documentary that “is a visually stunning insight into the connections between art, faith and the human community.”

Anne will explore non-duality and unity, seeing the humanity in others rather than the differences, practical ways of fostering acceptance rather than judgment, and and how we can form blessed community.  We will explore our deep connection to each other and the earth – areas which Charleston has modeled in many ways in recent years.

On Saturday, you will explore SAINTSEEING IN CHARLESTON AND THE WORLD BEYOND, a half-day workshop that is a deeper exploration into the ideas that emerged from Friday’s program.  What do we see in others? How do we look beyond initial preconceptions? How do we look past personal biases and prejudices, recognized and hidden. What is the work of forming blessed community and identifying tribe? Why is this work crucial? 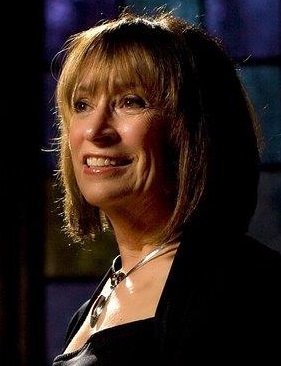 A former actor, print journalist, and radio broadcaster, Anne LeClaire is a memoirist and the critically acclaimed, best-selling author of eight novels published in twenty-four countries. She leads popular seminars and workshops exploring silence, creativity and deep listening, including, most recently, at the Kripalu Center for Yoga and Health in Lenox, MA, Emerson Hospital, Concord, MA, The Chicago Botanic Gardens, Chicago, IL, The Ragdale Foundation, Lake Forest, IL, St Marks Cathedral, Seattle WA, and for the Ashland Institute in Portland, OR. Anne has also been a featured speaker at the Lincoln Center in New York City. In 1992, Anne began a formal practice of silence, meaning that for the past eighteen years she has not spoken on the first and third Mondays of every month. Our of this practice came her memoir, Listening Below the Noise: The Transformative Power of Silence (HarperCollins, 2009) which was named one of the 50 best spiritual books of that year. She leads silent retreats on Cape Cod.