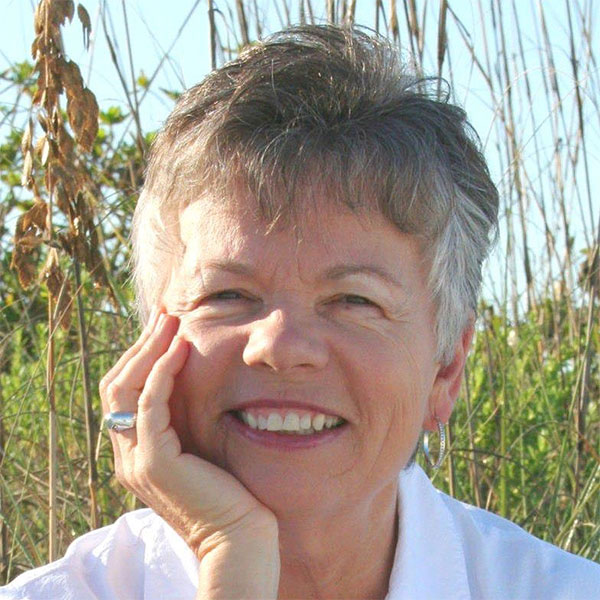 Terry Helwig began life in 1949 on a farm near Glenwood, Iowa. Her mother, only fifteen at the time, struggled with the rigors of motherhood, farm life, and marriage. Terry’s mother divorced when Terry was two and moved Terry and her younger sister to Colorado. Despite half a dozen daughters and almost as many marriages, Terry’s troubled mother never found contentment.

Terry’s stepfather, a loving and hard-working wildcatter, moved Terry and her sisters to numerous oil towns across the Southwest. By age eleven, Terry had moved ten times and penciled a fifteen-page novel The Lost City of Enchantment, igniting her life-long desire to become a writer.

Ever the student, and compelled by her family dynamics to explore the realm of human motivation and consciousness, Terry studied transpersonal psychology at Naropa University in Boulder, Colorado and later graduated with an MA in Counseling from the College of New Jersey.

While being room mom, team mom and sewing costumes for numerous recitals and plays for her daughter Mandy, Terry wrote, lectured and led workshops for women on personal growth and development. Terry’s writing has appeared in Spirituality and Health, Daily Guideposts and other publications.

Responding to 9/11, Terry created The Thread Project: One World, One Cloth, a textile exhibition encouraging tolerance and compassionate community. As a result of moving so often in childhood, Terry believed people were really more alike than different. To foster community, she invited people worldwide, via the web, to send her a single thread, representing hope—however slim their thread of hope might be. She coined a motto of sorts: Some people say our world is hanging by a thread. I say—a thread is all we need.

Over the next five years, more than forty weavers, in fourteen countries, set up looms in their respective communities to weave tens of thousands of collected threads into tapestries that hung in the United Nations and St. Paul’s Chapel. Now, ten years later, Terry hopes to gift this fabric of humanity to an organization promoting peace. Terry also co-wrote a play about the project called The Thread Narratives, which debuted in Charleston, South Carolina.

Terry now devotes herself fulltime to writing. Her coming-of-age memoir Moonlight on Linoleum is a luminous story about a first-born daughter taking her younger sisters under-wing and forging a lasting bond of sisterhood. The memoir portrays a turbulent family clinging to the thinnest threads of fortitude and determination, revealing not only the depths to which we can fall but also the heights to which we can rise.

Currently, Terry and her husband Jim divide their time between the coasts of Florida and South Carolina. Their daughter Mandy is an attorney in Washington, DC.