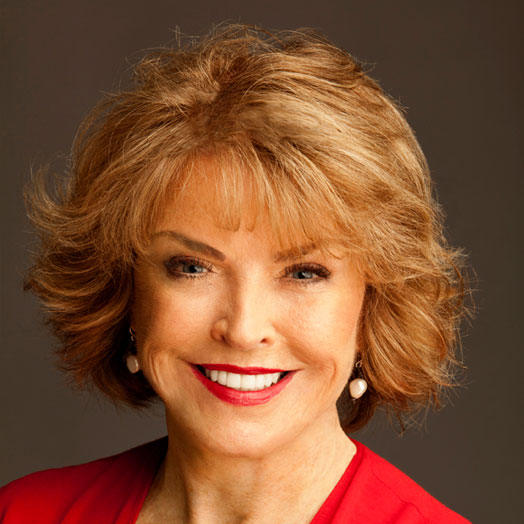 Pat Mitchell is known for her leadership in the media industry as a CEO, producer and activist. Her career has focused on using media as a force for social change, with a special emphasis on the representation of women’s voices and stories.

The first woman President and CEO of PBS, she most recently served as president and CEO of the Paley Center for Media; she is now a Senior Advisor to the organization. Mitchell is also the former President of CNN Productions, where she executive produced hundreds of hours of documentaries and specials, which received 35 Emmy Awards and 5 Peabody Awards.

She was inducted into the Broadcasting and Cable Hall of Fame in 2009, named one of the Most Powerful Women in Hollywood by Hollywood Reporter and featured in Fast Company’s special report, The League of Extraordinary Women: 60 Influencers Who Are Changing the World.

Mitchell currently advises foundations and corporations on issues of women’s empowerment and leadership development as well as media and governance. She is the Chair of the Women’s Media Center and Sundance Institute boards, a founding board member of V-Day, a member of the board of the Acumen Fund, and a member of the Council on Foreign Relations. Mitchell partners with the TED organization to co-curate and host a global TEDWomen conference.

Mitchell and her husband, Scott Seydel, have six children and twelve grandchildren and reside in New York City and Atlanta, Georgia.