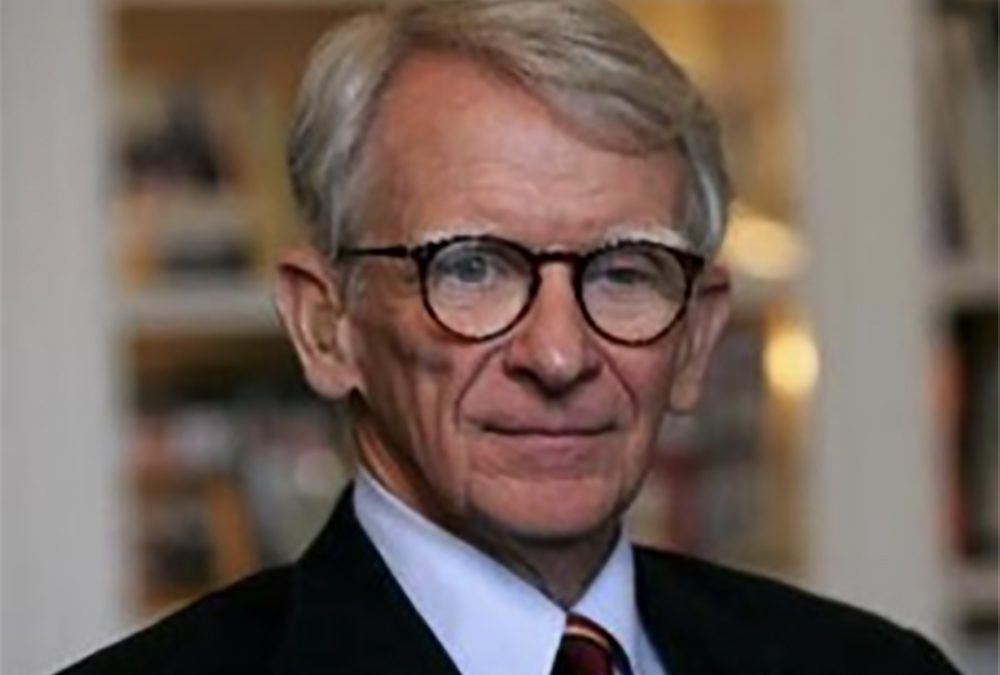 Joe Riley is widely considered one of the most visionary and highly effective governmental leaders in America.   He served ten terms as Mayor of the City of Charleston from 1975 to 2016.

He graduated from The Citadel in 1964 and the University of South Carolina Law School in 1967, and served in the S.C. House of Representatives from 1968 to 1974.

In his time as Mayor, Charleston transformed from a decaying urban center to a top cultural destination.   He is known for his innovative redevelopment projects, carefully crafted to add to the overall quality of life in the city.  He diffused racial tensions by working closely with the African American community.  The crisis leadership that he demonstrated after Hurricane Hugo in 1989 gained national praise for getting the city quickly cleaned up and running.

Today, Riley is professor of American Government and Public Policy at The Citadel and Executive in Residence at the Joseph P. Riley, Jr. Center for Livable Communities at the College of Charleston.  He is a Distinguished Fellow of the Pew Charitable Trusts, working on smart solutions for flood-prone communities and the national government, and the first Distinguished Visiting Fellow at the Urban Land Institute. Riley is also currently working to build the International African-American Museum, a $100 million project scheduled to break ground in 2019.

Under his leadership, Charleston increased its commitment to racial harmony and progress, achieved a substantial decrease in crime, experienced a remarkable revitalization of its historic downtown business district, supported the creation and growth of Spoleto Festival USA, added significantly to the City’s park system including the highly celebrated Waterfront Park, developed nationally acclaimed affordable housing, and experienced unprecedented growth in Charleston’s size and population.

Mayor Riley led a city government with an impressive record of innovation in public safety, housing, arts and culture, children’s issues, and economic revitalization and development. The City of Charleston is recognized as one of the most livable and progressive cities in the United States.

Riley has held numerous national leadership positions and received many awards and distinctions.  President Barack Obama presented him with the 2009 National Medal of the Arts for cultivating Charleston’s historic and cultural resources to enhance public spaces, and for revitalizing urban centers throughout the U.S. as the founder of the Mayors’ Institute on City Design. The American Architectural Foundation and the U.S. Conference of Mayors in 2010 created the Joseph P. Riley, Jr. Award for Leadership in City Design in his honor.  He received the American Society of Landscape Architects’ 2004 Olmsted Medal; Governing Magazine named him their Public Official of the Year in 2003 for “leveraging the power of urban design and civic space.”  The American Architectural Foundation honored him in 2002 with the Keystone Award for exemplary leadership to those who use architecture to transform their communities.  He was named one of the 2004 Giants of Design by House Beautiful Magazine and received the first U.S. Conference of Mayors President’s Award in 2000 for outstanding leadership.

In 2000, he was honored as the first recipient of the Urban Land Institute’s J. C. Nichols Prize for Visionary Urban Development, and also in 2000, was honored with the Arthur J. Clement Award in Race Relations for his battle to remove the confederate flag from the S.C. Statehouse.  Riley received the 1994 Thomas Jefferson Award for “his exceptional leadership and ‘Jeffersonian’ vision in redefining the promise and, ultimate the future, of our nation and its cities.”

Mayor Riley’s current project, the International African American Museum, is the culmination of his lifelong passion to commemorate Charleston’s significant role in the slave trade and the history of this country. It is scheduled to open in fall of 2022.