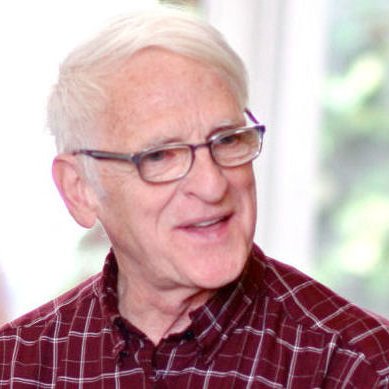 Matthew Fox is an internationally acclaimed theologian and spiritual maverick who has spent the last 40 years revolutionizing Christian theology, taking on patriarchal religion, and advocating for a creation-centered spirituality of compassion and justice and re-sacralizing of the earth.

As a spiritual theologian, he has written over 30 books including Original Blessing, The Coming of the Cosmic Christ, A Spirituality Named Compassion, Christian Mystics and The Pope’s War. His books have been translated into 49 languages and have been known for pioneering a unique approach to spirituality as a powerful force to transform religion, education, and culture.

The late Thomas Berry said of him that “he might be the most creative, the most comprehensive, surely the most challenging theologian in America”. He was described as “the most important living theologian” by Bishop Marc Andrews.

Originally a Catholic priest, he was silenced for a year and then expelled from the Dominican Order to which he had belonged for 34 years by Cardinal Ratzinger for teaching liberation theology and creation spirituality. Matthew Fox currently serves as an Episcopal priest after he received what he calls “religious asylum” from the Episcopal Church. With exciting results he has worked with young people to create the Cosmic Mass (www.thecosmicmass.org) to revitalize worship by bringing elements of rave to the western liturgical tradition.

In 2005, when Cardinal Ratzinger became Pope Benedict, Fox went to Martin Luther’s church in Wittenberg, Germany and pounded 95 contemporary theses at the door to call people to a New Reformation.

His action was motivated by a belief that “At this critical time in human history, when the earth is being ravaged by the violence of war, poverty, sexism, homophobia, and eco-destruction, we need to gather those who offer a future that is one of compassion, creativity, and justice to speak their conscience as never before. Religion and Spirituality ought to be part of the solution, not the problem.”

He has worked extensively and consciously to reinvent forms of education for 31 years in master’s degree and doctor of ministry programs with adults and currently with inner city high school students. Key to that reinvention, he believes, is putting Creativity first.

His work has been featured by The New York Times, Washington Post, Los Angeles Times, Chicago Tribune, San Francisco Chronicle, Rolling Stone Magazine, National Catholic Reporter, The Young Turks, Democracy Now! and he is a recipient of numerous awards including the Courage of Conscience Award by the Peace Abbey of Sherborn, Mass. Other recipients of this award include the Dalai Lama, Mother Theresa, Ernesto Cardinal, and Rosa Parks.