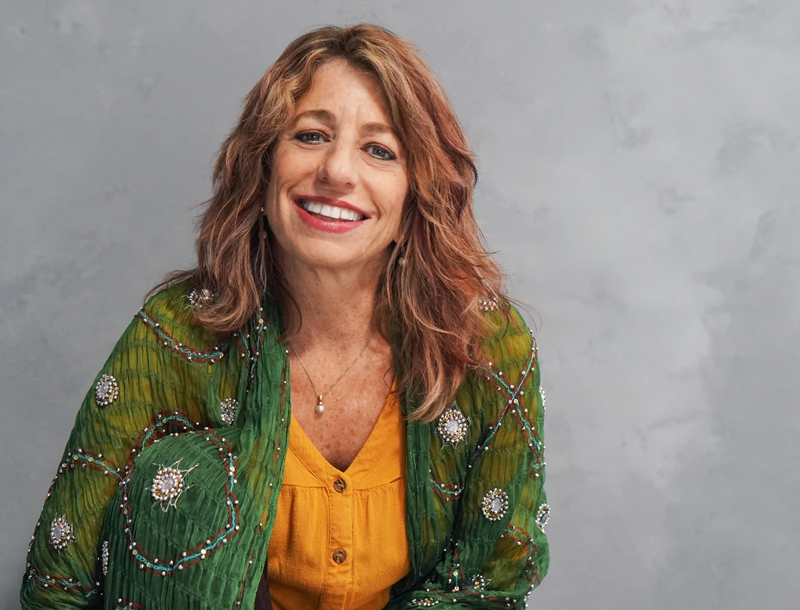 Mirabai Starr is an award-winning author of creative non-fiction and contemporary translations of sacred literature. She taught Philosophy and World Religions at the University of New Mexico-Taos for 20 years and now teaches and speaks internationally on contemplative practice and inter-spiritual dialog. A certified bereavement counselor, Mirabai helps mourners harness the transformational power of loss. Her latest book, WILD MERCY: Living the Fierce & Tender Wisdom of the Women Mystics, was named one of the “Best Books of 2019” by Spirituality & Practice. Mirabai is on the 2020 Watkins List of the “100 Most Spiritually Influential Living People of the World.” She lives with her extended family in the mountains of northern New Mexico.

Daughter of the counter-culture, Mirabai was born in New York in 1961 to secular Jewish parents who rejected the patriarchy of institutionalized religion. Intellectual artists and advocates of social justice and environmental responsibility, Mirabai’s family was active in the anti-war protest movement of the Vietnam era.

In 1972, Mirabai’s mother, father, and her younger brother and sister uprooted from their suburban life and embarked on an extended road trip that led them through the jungles of Mexico’s Yucatan Peninsula, where they lived for many months on an isolated Caribbean beach, and ended in the mountains of Taos, New Mexico.  There, the family embraced an alternative, “back-to-the-land” lifestyle, in a communal effort to live simply and sustainably, values that remain important to Mirabai to this day.

As a teenager, Mirabai lived at the Lama Foundation, an intentional spiritual community that has honored all the world’s faith traditions since its inception in 1967.  This ecumenical experience became formative in the universal quality that has infused Mirabai’s work ever since. Mirabai was an adjunct professor of Philosophy and World Religions at the University of New Mexico-Taos for 20 years.  Her emphasis has always been on making connections between the perennial teachings found at the heart of all the world’s spiritual paths, in an effort to promote peace and justice.

Mirabai speaks and teaches nationally and internationally on the teachings of the mystics and contemplative practice, and the transformational power of grief and loss. She is available for interviews, speaking engagements, workshops and contemplative retreats. She lives in the mountains of Northern New Mexico with her husband, Jeff Little (Ganga Das). Between them, Mirabai and Jeff have four grown daughters and six grandchildren. Mirabai’s youngest daughter, Jenny, was killed in a car accident in 2001 at the age of fourteen. On that same day, Mirabai’s first book, a translation of Dark Night of the Soul, was released. She considers this experience, and the connection between profound loss and longing for God, the ground of her own spiritual life.