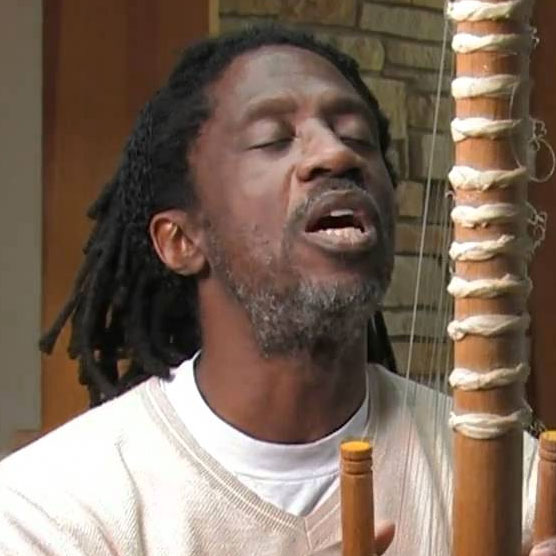 Kurt Lamkin, poducer of Living Proof: Contemporary Black Literature, a series of radio programs featuring poets and fiction writers, is a writer-in-residence at the New School for Social Research. Recently, he hosted a reading series called The MultiKultiMove, which involved writers from all over the world. He also produced an animated poem for PBS called “The Fox’s Manifesto.” Lamkin is currently performing around the country, playing the Kora, a twenty-string African harp. His published writings include: King of the Real World (Meta Press, 1985) with poems in Nethula Journal of Contemporary Literature, The Painted Bride Quarterly, Black American Literature Forum, Transfer and other magazines, and in NEWCITY VOICES: An Anthology of Black Literature.