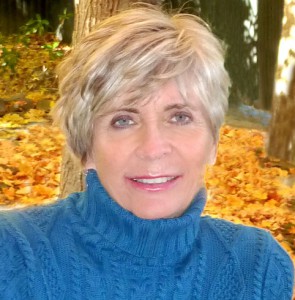 Carol Graf was born in 1946, surrounded by the great plains of Oklahoma. Her father was an Army Air Corps instructor pilot based in Tulsa and her mother was a homemaker to Carol and her two brothers. Her childhood was idyllic and full of creative play.

Her parent’s decision to return “home” to South Carolina when Carol was five, changed her life irrevocably. For the next ten years, her family was caught in the emotional turbulence and dysfunction of her mother’s extended family. Excelling in academics and athletics provided much needed balance and buffers to her family turmoil. She was valedictorian of her senior class.

She graduated from the University of South Carolina with degrees in biology and chemistry (pre-med curriculum) and was listed in Who’s Who and Top Ten Outstanding Seniors. Her work on the school newspaper, the Gamecock, culminated in editorship her senior year and honed her parallel interest in writing.

She was one of only three women in her graduating class at the Medical University of South Carolina, where she completed her residency in psychiatry in 1976. It was during her medical training that her intense experiences with patients became the first stories that ultimately led to the writing of The Hours Between Us.

Entering the private practice of psychiatry in Charleston, South Carolina, she spent over thirty years working with children, adolescents, adults, and couples. She created a group practice with an innovative model of interrelatedness between psychiatrists, psychologists, and masters level therapists in their medical and therapeutic work together.

She married her current husband, Alex Beard, in 1991, combining their two sets of children into a blended family. Alex and Carol live on deep water on a salt marsh in Charleston.

Carol’s son, Christian, is an emergency medicine doctor, married with three sons and living nearby in Charleston. Her daughter, Erin, a photographer and artist, lives in Atlanta with her son and daughter. Alex’s daughter, Abby, is married with two sons and a daughter and also lives in Atlanta. His son, Thomas, lives in New York and is the at-large film curator for the Lincoln Center as well as co-founder of a non-profit film organization, Light Industry.

Carol and Alex’s eight grandchildren are a great joy to their Poppi and Gammi.