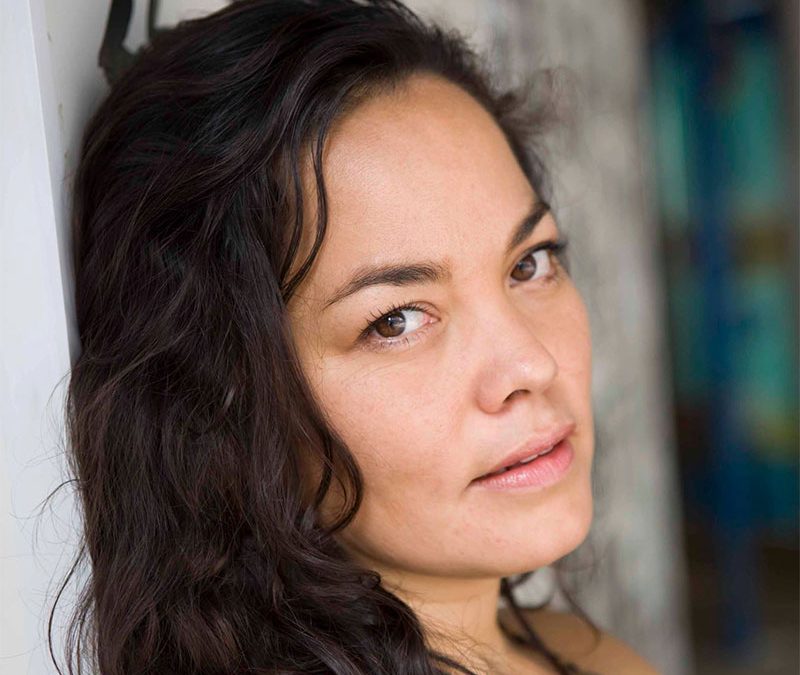 Daphne Tse is a multifaceted artist (musician, painter, photographer, and poet) with her first love being singing. Originally from Texas, she started singing at a young age and explored different genres of music through her college years. After graduation from college, she relocated to Los Angeles and was inspired after listening to Shawn Colvin’s “Live ’88” album to pick up the guitar and start writing songs.

Since her initial yoga class almost 15 years ago, she has merged her spiritual practice with her contemporary folk singer/songwriter style. She studied music at The University of Texas at Austin, The Old Town School of Folk Music in Chicago and kirtan music with Jai Uttal and Daniel Paul in Guatemala. She has traveled extensively sharing her music in Europe, North America, Central America, Asia and beyond.

Daphne is inspired by her yoga practice, her travels and the diverse, compassionate human beings she meets worldwide to continue creating and sharing her soulful blend of folk/pop/spiritual/jazz music. She is committed to expanding consciousness on the planet through global community events focusing on music, yoga, dance and all forms of art that inspire peace in action.

She has released music on Shiva Rea’s yoga music compilations, Jala and Nataraja. Her recent solo EP, Mata, was released in 2008. She is currently traveling and being inspired to write songs for her new album coming in 2011.